These 5 People Have More Student Loan Debt Than You Do

You may think you're drowning in student loan debt if you owe more than the average of $37,172.

But in fact, there are relatively common cases of doctors, lawyers, and dentists whose $300,000 debt make your debt seem miniscule. For example:

Here are five particularly striking situations of people who probably have more student loan debt than you do.

Despite earning more than most people in the U.S., Savage can't seem to get out from under her debt. The episode was part of a series on student loans. 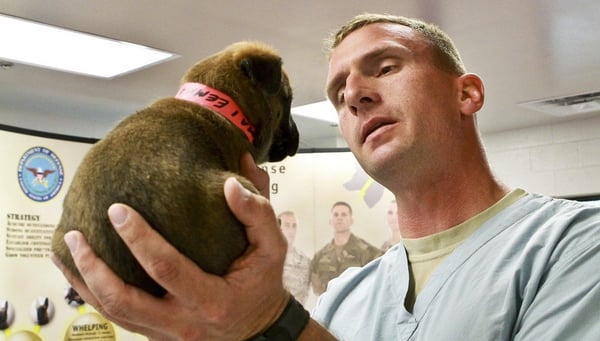 To complete his degree at Fordham University Law School, 32-year-old Ravi Kantha borrowed between $160,000 and $170,000. In a recent story by Yahoo! Finance, Kantha said he planned to get his debt forgiven through the Public Service Loan Forgiveness program.

So Kantha went to work for a district attorney’s office.

Four years later, still struggling with both his and his wife's additional $70,000 to $80,000 student loans from her law degree, he decided to give up on the idea of loan forgiveness and, instead, try to increase his salary. He went to work in a private law firm. But, years later, Kantha realized he needed a different career altogether.

He began a career in real estate selling commercial properties. Although it didn't require a law degree, his new career allowed him to pay off the entirety of the couple's $320,000 debt.

3. The orthodontist who owes $1 million

Dentists graduate with about $250,000 in debt, according to the American Dental Association. But 37-year-old Mike Meru has made headlines for his out-of-control student loan balance. That's because the orthodontist owes $1,060,945.42 as of May this year, The Wall Street Journal reported.

One out of 101 student loan borrowers who owe more than a million dollars. According to the Brookings Institute, these unique cases are a result unrestricted access to student loans and generous repayment plans.

Borrowing more than $500,000 over the course of several years, with the bulk stemming from a degree in dentistry, the wife and husband behind the blog Debt Ascent have made it a point to get their financial lives back on track.

In a 2017 blog post, the dentist and engineer explained their efforts to pay off their debt:

The couple wrote, "While [our careers] came at a significant cost, we don’t curse or regret our debt...Our debt is a temporary inconvenience and nothing more."

5. The law school graduate who lives on welfare

Earlier this summer, a disillusioned student loan borrower wrote to Above the Law's series on mental-health and social issues affecting students and graduates of law programs. Having graduated from Southwestern Law School, the person owes $300,000 in federal loans.

Here's the kicker. The law school grad is now applying for welfare. After failing the bar in 2017, the grad has since applied for more than 600 jobs without any luck. "I know my degrees are worthless," the grad wrote. "I don’t want anyone else to be in this position."

You don't have to be $500,000 or even $100,000 in debt to understand the crippling effects of student loan debt. If you want to reduce your monthly payments or pay off your loans quicker, refinancing is one option that can save you thousands over the life of your loan.

Don't think you have time to refinance? Comet gives you a roundup of the best deals based on your needs, and it only takes minutes to apply. Find out how much you can save with our leading lenders.

Julissa Treviño is a writer and journalist based in Texas. Her work has appeared in BBC Future, CityLab, Columbia Journalism Review, The Dallas Morning News, Racked, Teen Vogue and other publications. She enjoys traveling, playing with makeup, biking and trying new food. Follow her @JulissaTrevino. Read more by Julissa Treviño