Paper Version
Online Version
If your answer to question 58 was "Unmarried and both legal parents living together," contact 1-800-433-3243 for assistance with answering questions 79-92. 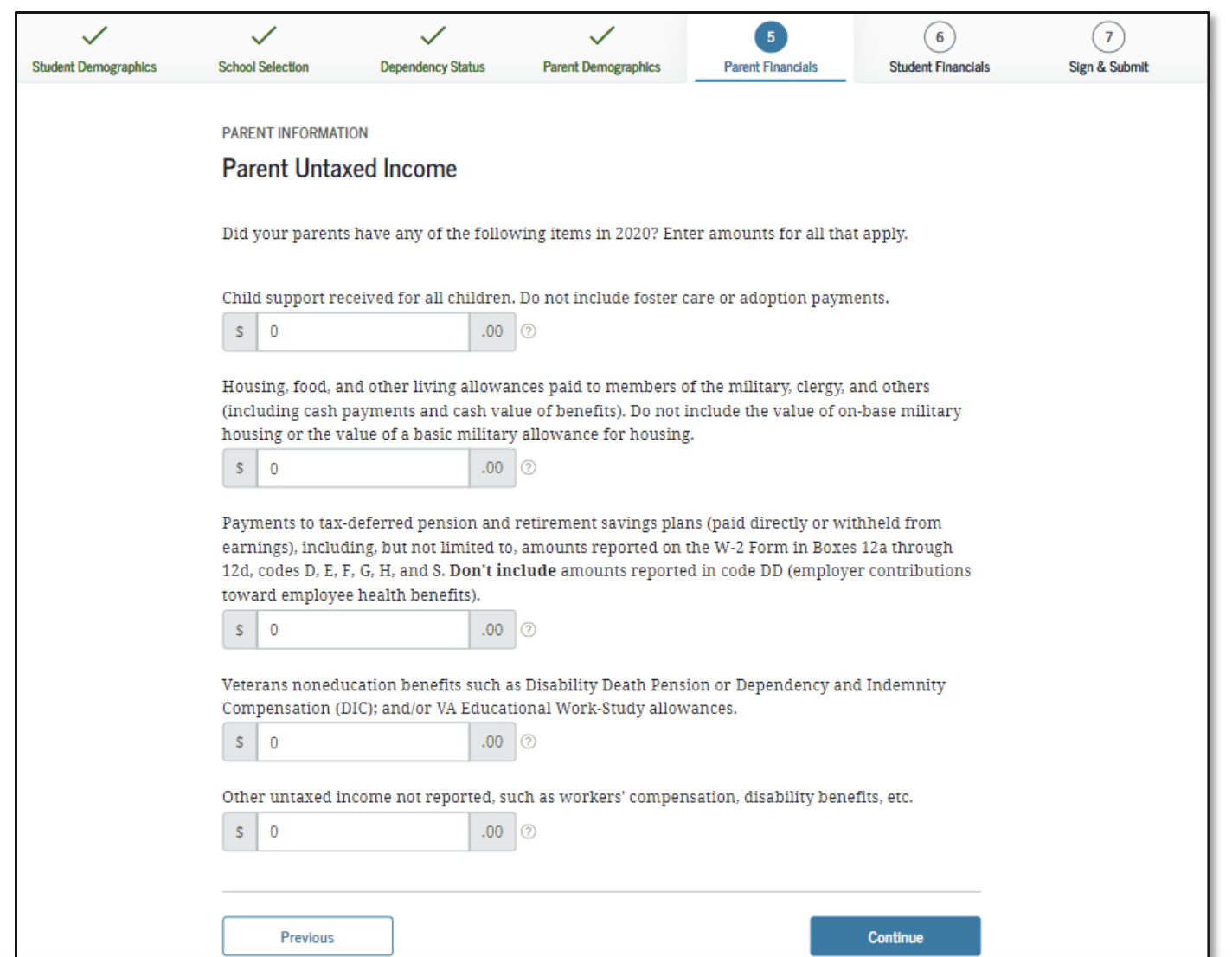 Why are they asking this information?

The FAFSA asks about your parent’s / parents’ untaxed income as a way to gather relevant income information which might not appear on their Federal tax return. This helps to determine your financial award.

How to answer this question / fill out this section

This question about your parent / parents’ untaxed income is broken into six categories:

What is parents untaxed income and benefits?

Untaxed income can be identified as any income that has been earned by a student or parent which does not appear on a Federal tax return.

Other than the example above, other types of untaxed income which students and/or parents may receive in a given year are:  Housing, food and other living allowances paid to members of the military, clergy and others, including cash payments and cash value of benefits, child support received, veterans’ non-educational benefits

Choose the FAFSA Questions You Would Like Help With: