Who Has More Student Loan Debt—Doctors or Lawyers?

On a Sunday afternoon several years ago, my wife and I sat at our kitchen table, staring glumly at a budget I'd worked up for us.

Even though we were both attorneys at the time, the numbers were ...  less than great. My wife worked at a small law firm, and I worked as a government attorney—good jobs by most standards. But I carried a hefty debt load from law school, and those monthly payments took a serious chunk out of our budget. 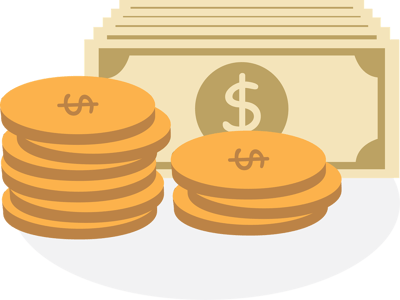 My law school loans felt like a river I would never be able to cross, and I spent hours (days?) feeling sorry for myself. "I'd like to tour the country encouraging people not to go to law school," I huffed. "At least not if they have to take out loans to do it."

I know ... first-world problems and all that ... but the emotional weight of debt is real. And lawyers carry an enormous share of the student loan debt in the U.S.

See also: Digging Out of Law School Debt? Here's How You Compare With Your Peers

But through some recent friendships, I've learned that there's a group of professionals in an even worse situation than attorneys.

If misery loves company (and history would suggest that it does), law school graduates who want to complain about our student debt should call up a doctor friend and invite them out for drinks ... but not if we don't want to be beaten at our own game.

The debt situation for law school graduates is difficult. But it's worse for doctors. Why? We have a few answers.

1. Medical school is one year longer than law school

One year may not seem like much, but when those nine months cost upwards of $40,000, $50,000, or even $60,000, tacking on an extra year makes a big difference. That's also another year doctors aren't paying back their loans.

And depending on the types of loans they have, that might be another year that a student's loans are remaining unpaid while accruing interest.

While many lawyers graduate and head straight for BigLaw jobs (and the six-figure salaries that accompany them), most medical students must spend between two and three years working long hours for about a third of the salary a first-year law associate makes.

This pay disparity is particularly baffling when you consider the type of work residents do right out of the gate. They're managing their own case load and treating patients while a first-year associate at a law law firm probably won't interact with an actual client for another couple years.

3. Many doctors complete fellowships after residency

In some fields, a doctor's training doesn't end with the residency. They must then complete a one- or two-year fellowship, generally at a similarly low salary.

With residency and fellowship requirements, a doctor could easily work for four or five years before landing a position with a paycheck that approaches the high salaries we think of for doctors. And during those years, interest is accruing—perhaps unchecked if residents or fellows defer their loans or put them into forbearance, as many do.

As a recently graduated law student, you have to hand over serious cash to take the bar.

Med students do that four times during medical school and residency AND at the end of a residency or fellowship program. Most also have to be re-certified every 10 years. That's like paying to take the bar six times before you get to call yourself legit.

What it means for lawyers

When I start feeling overwhelmed by my student loans, I don't always want to think about how much worse someone else has it. Sometimes I just want to wallow.

But those loans aren't going away on their own. That means I need to pull out of my malaise and focus on what matters: getting them paid off faster. Recognizing the struggles facing other professionals helps me put things into perspective.

None of us are alone in this battle with our student loans, and most of us can draw inspiration from someone who's doing the work to pay down an even bigger debt load.

So if you're a lawyer, next time you see a young doctor, give them a silent I-know-what-you're-going-through nod.