Getting Ready for College

The Dad Diaries: 5 Things I Didn't Realize Until My Son Started His College Search 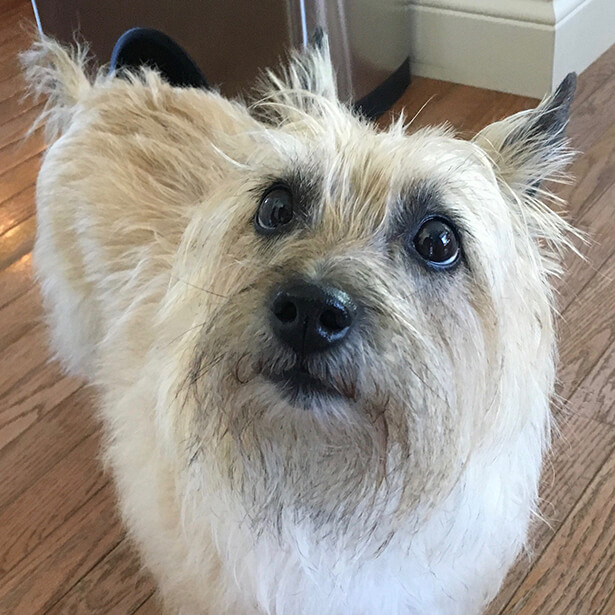 Suddenly, we're looking at colleges. How did this happen?

Wasn't it just yesterday that we were laughing as our son toddled to the window, pointing excitedly at the big school bus that stopped to pick up the older kids? Didn't we just have him at the small park with the kid fort in a sincere effort to tire him out? And now he’s a high school junior ... so here we are, road-tripping to look at colleges.

Full disclosure: this college roadshow experience is new for me as well. There were no formal tours when I was in the market. I applied to two state schools—accepted at both—and one older, more venerable institution that took a polite pass. That one just liked me as a friend.

We’re at the beginning of the process right now, just venturing out to a few schools within easy driving distance of our Philadelphia-area home. From food to finances, there’s a lot for both of us to take in—and I suspect we’re both walking away with different perceptions.

Here are a few of my realizations.

Realization No. 1: I have a son old enough (almost) to go to college

The driver's license should've been a clue. That and the SATs he took. Twice. ("I just want to really focus on the math this time," he confided. I have not confided how much lower my score was than his.) Oh, and those AP tests at $94 a pop. "I'm only taking six of them, dad."

Really, I'm not entirely surprised, but it is a good time to remember how slow those early days were and how fast the years have passed. We are thankful to have shared this time with our only child, and I am especially fortunate to be able to accompany him on our upcoming college tours.

Realization No. 2: SATs can be superscored

Yeah, so, uh, dad's SAT score (I only took it once) didn't exactly generate headlines. I got into where I wanted to go, though, and my education continues to serve me well.

These days plenty of colleges will accept a Superscore—a combined tally of your highest results in the SAT’s Evidence-Based Reading and Writing (EBRW) and Math portions.

So, if your student is intent on getting those extra 15 or 20 points, be prepared to fund at least a couple of attempts.

For our first college tour, we found ourselves driving just 40 minutes to an ivy-covered campus, the creation of the great Benjamin Franklin.

My son had expressed that this might be too close to home. Luckily, the tour guide mentioned that she had a similar thought when she arrived; but with the campus around her and the city beyond, she had plenty of independence—and a short drive home, if necessary. "Thank you," I thought.

Our first visit was really meant to be a glimpse into the college tour experience, but my son quickly found himself being drawn to the beautiful grounds and the vibrant, diverse student population. After our 90-minute sojourn, I asked if there was anything else he really wanted to see, such as the athletic facilities or the building that was the inspiration for The Addams Family home.

"Yeah," he said. "I think they have an Insomnia Cookies here."

One question later, I learned about the business that would deliver fresh, warm cookies to your dorm room—even in the middle of the night. I also discovered that it was the creation of the great Seth Berkowitz, who, on this very campus, baked cookies in his dorm room and delivered them to fellow students.

Realization No. 4: Info sessions are interchangeable—and also not

Shortly after our first tour we drove a little over an hour northeast to check out a second idyllic and historic institution. Now, if you ever have to make a movie in a quintessential college location, this is where you would film it. (As Ron Howard did with A Beautiful Mind.) It is a striking campus.

Most college tours are usually preceded by a 45- to 60-minute info session, usually presented by a nice, chipper alumnus from Admissions.

In just our second such assembly, my son already had the script down. He occasionally leaned over to tell me what our presenter was going to say next—the history of the institution, what made the place special, the financial implications of attending there, and how the first round of applicant review is blind. (They promise!)

I don't mean to make light of it—it was all important stuff.

That became especially clear when the pleasant alumnus/employee mentioned how theirs is the #1 school in the nation when it comes to students graduating with the least amount of debt. That's what dad wants to hear.

In future college visits, Young Joe College-to-be will just have to endure all these sessions. Talk to me more about minimizing debt, nice admissions person.

Realization No. 5: Souvenirs are your first big college expense

I thought it would be a nice idea to visit the school store at every one of our stops and get my son a T-shirt or something—whatever he wanted—to commemorate our visit.

Well, apparently universities completely grasp the value of licensing their logos, names, and imagery. Tees hover around $35 and hoodies around $65. To be fair, the quality of the garments was good. They're built to last.

What I started picking up on was that my son's interest in the school was reflected by his choice of memento. On our first tour, he got a sharp baseball cap with a discreet red and blue logo. Snazzy but not ostentatious. Besides, that university wasn't really a consideration—at first.

At our second stop, he went all out with a hoodie, the school’s name writ large on the chest. I'd say the Tigers are edging the Quakers.

Next month, we drive south to see four schools. I wonder which of those will give our first two a run for my money—and what form the souvenirs will take. We'll soon find out.

Published in: Getting Ready for College

Don Ritchie is an award-fearing writer-producer who appreciates being just out of the spotlight. When he's not contributing to nitrocollege.com, he's probably muttering to himself "I really need to get writing for nitrocollege.com." He resides in Chester County, PA, with his wife and son, both of whom are used to the muttering by now. The dog merely looks on quizzically. Read more by Don Ritchie