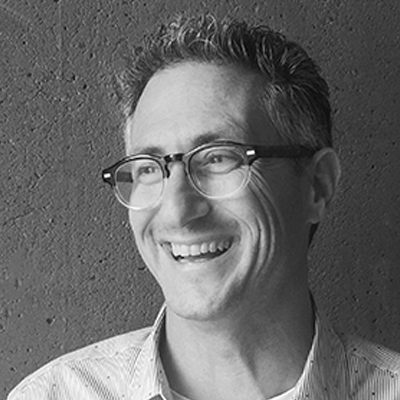 You may have heard of EdFinancial for the first time in 2012, when many student loan borrowers received a notice in the mail saying their federal student loans were being shifted to a new servicing company. EdFinancial is a relative newcomer to the roster of firms that manage student loans for the U.S. Department of Education, but it has been growing steadily over the past several years. If your student loans are being serviced by EdFinancial, you’ll be dealing with the company for everything from paying bills to applying for loan forgiveness. Here’s what you need to know.

EdFinancial is one of five private, not-for-profit companies that were added to the Department of Education’s roster of loan servicers as a result of a little-known provision in the 2010 healthcare overhaul. The Knoxville-based company was founded by CEO Tony Hollin in 1988. Originally known as Educational Funding of the South (EdSouth for short), it bought student loans from regional banks and pitched its services to financial aid departments at colleges and universities. It launched a subsidiary, eCampusTours.com, in 2002.

EdFinancial began servicing loans for the Department of Education in 2012, but it’s still a fairly small player in the federal student loan market. Today, EdFinancial is one of five non-for-profit servicers that, together, handle about 6% of the U.S. Dept. of Education’s direct loans, serving 4 million borrowers with debt totaling $61.7 billion. It also services loans for more than a dozen private lenders.

What does EdFinancial do?

Like all loan servicers, EdFinancial sends bills, processes borrowers’ payments, and deals with requests for deferment or forbearance. It offers a standard assortment of federal repayment plans, and helps struggling borrowers find the one that best suits their needs. EdFinancial fields any questions borrowers have about repaying their loans, including whether they’re eligible for loan forgiveness.

Most people interact with EdFinancial through its website, because the company does not yet have a mobile application. After setting up a username and password, borrowers can use the online portal to make payments, print tax forms, submit renewal documents for income-driven repayment plans, and more. The site’s help center has answers to many frequently asked questions.

Why am I suddenly getting mail from EdFinancial?

Earlier in 2021, another loan servicer, Granite State, ended its contract with the Dept. of Education and got permission to transfer its federal student loans to EdFinancial. This transfer should be completed by Dec. 31, 2021. So if your previous loan servicer was Granite State, you'll be getting mail from EdFinancial about your account.

The good news: Most of the work in these transfers happens behind the scenes, so you shouldn't have to do anything. But it's still a good idea to keep an eye on your account balances and payments to make sure everything was accounted for properly during the transition. There's always a chance of something slipping through the cracks.

How does EdFinancial differ from other servicers?

EdFinancial’s website is fairly utilitarian. It doesn’t have a lot of bells and whistles, but is easy to navigate. The company’s Facebook and Twitter accounts are similarly straightforward, offering a familiar assortment of tips and tools. What sets EdFinancial apart from other servicers is its ambitious customer service goals. The company strives to answer all calls within 30 seconds and promises to stay on the line as long as it takes to fully resolve all of the borrower’s concerns – a philosophy it calls “one call resolution.” EdFinancial also claims to go beyond what is required by law to contact delinquent borrowers and help them get back on track. Although not immune from customer complaints, the company does seem to have fewer detractors than many of its rivals.

What repayment options does EdFinancial offer?

Servicing companies don’t establish the repayment options for federal student loans; the U.S. Department of Education does. So EdFinancial has the same limited set of repayment plans as every other federal servicer:

Borrowers can compare options and switch plans on the website.

How does EdFinancial help people struggling with student loan payments?

If you have an EdFinancial-serviced loan and are having difficulty making payments, the first step is to call or email the company’s “Fresh Start” hotline. The company has a few options to help delinquent borrowers, or those at risk of default, to manage their accounts responsibly. If your income is low, you might qualify for forbearance, deferment, or reduced payments. If you’re on a 10-year repayment schedule, you can lower your monthly payment by extending the term to 25 years. However, most of the remedies EdFinancial can offer will keep you in debt longer and increase the amount of interest you pay over the life of the loan.


Click here for more information on the other main student loan servicers.