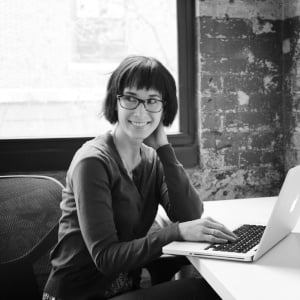 Long-touted as a way for people in lower-paying public service jobs to pay off their loans, this program has been plagued with problems.

Ideally, you’re supposed to get your student loans forgiven after you’ve made 120 qualifying payments (which takes about 10 years) and work for a qualifying employer.

But recent reports have uncovered that 99% of applicants have been denied coverage.

The government has introduced a program meant to give some borrowers a second chance; the funds for that are first-come, first-serve.

See also: Breaking: 99% of People Who Apply for Student Loan Forgiveness Get Denied

The fallout for this is still going on, and the future of this program is yet to be determined. If you’re already committed to a public service career and are ready to jump through the hoops, go ahead and apply. But be sure to cross all your i’s and dot your t’s.

This consists of four different repayment programs you can enroll your federal student loans in. Each one has slightly different terms, but the gist is that you reduce your monthly payment to a percentage of your disposable income—between 10 and 20%.

This program has its own pitfalls—most notably that it can reduce your payments so much that they don’t even cover the interest, so your loans actually grow while you’re paying them. So, you know, keep that in mind.

But the upside is that after you’ve made payments for 20-25 years (depending on the program), your federal student loans get forgiven.

There are several national-level loan forgiveness programs aimed at getting people in certain professions to work in high-needs areas. Here’s a few:

There are numerous student loan forgiveness programs for members of the military. These include:

Want a more complete list? Check out the ultimate list of grants to pay off student loans.

Looking for other ways to reduce your student loan debt? Check out Refi Ready—and see how much you could save by refinancing.

Refinance & Save Today With These Leading Lenders

Splash Financial is a leader in student loan refinancing with some of the lowest fixed in the industry which can save you tens of thousands of dollars over the life of your loans. No application or origination fees and no prepayment penalties. Splash Financial is in all 50 states and is intensely focused on customer service. Splash Financial is also one of the few companies that offers a great medical resident and fellow refinance product. You can check your rate with Splash in just minutes.

Click here to see more of Splash's offerings and to see how you can save money.

$30 billion+ in refinanced student loans. SoFi has some of the lowest interest rates and, unlike the other lenders we reviewed, there's no maximum on the amount you can finance. Some state restrictions may apply.

Save thousands on your student loans and pay off your loans sooner. Find your rate.

Connecting student borrowers to a network of over 300 community lenders with low interest rates. By partnering with these lenders, LendKey is able to give consumers direct access to the best rates available from the most borrower friendly institutions. As the servicer of all loans obtained through its platform, you can rest easy knowing your personal information will be safe and that the best customer service team will be ready to answer your questions from application until your final payment.

Get a personalized quote from LendKey now.

Best for borrowers who want to customize their repayment schedule to pay off debt fast.

Click here to apply with Earnest and to see how much you can save.

I reduced my student loan payment by $152 per month, by refinancing thru Nitro